The Salafī Scholar, Shaykh Abdul-Muhsin Al-Abbād Al-Badr is one of the senior and leading Muslim Scholars of our times. He currently resides in Madīnah, Saudī Arabia and continues to teach in the Prophet’s Masjid & the Islāmic University of Madīnah.

The noble Shaykh was asked regarding the terrorist organisation ISIS, also known as ISIL or IS, to which he replied:

“No Doubt, they (ISIS) are deemed to (be from the Khawārij). Their characteristics and their actions are that of Khawārij.

This country is to be described as Dā’ishīyah (belonging to ISIS) and it shouldn’t be called and Islāmic country.

It should be called Dā’ishīyah as this is an appropriate name for it.
Does an Islāmic country slaughter people with knives, spread corruption and murder [people]?

This is not from Islām in any way, shape or form.” 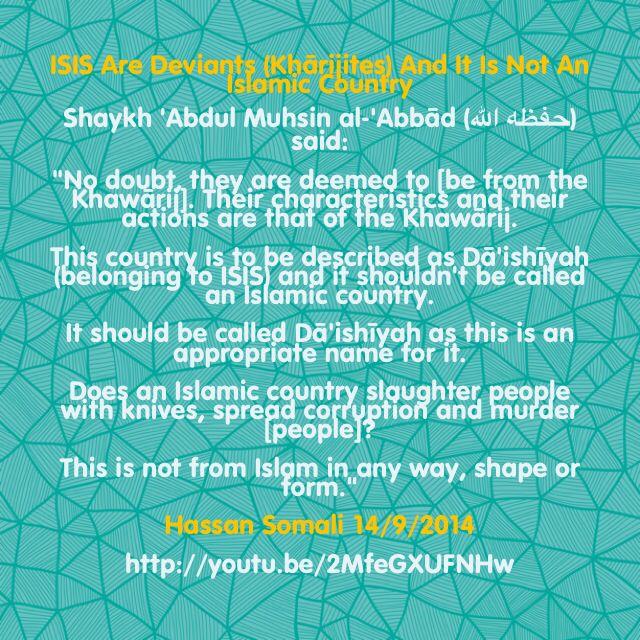